Montréal, June 4, 2012 – When the cause is noble, people are ready to forget their differences and instead come together. This was the idea behind Héma-Québec’s latest campaign. 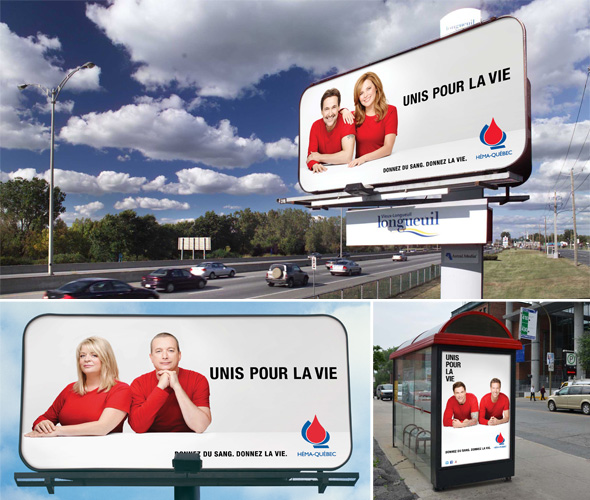 It starred three of the most unexpected duos: chefs Ricardo Larrivée and Chuck Hughes, the musicians Dan Bigras and Angèle Dubeau and TV hosts Guy A. Lepage and Julie Snyder—well-known personalities that are either rivals or complete opposites in their respective fields, but who decided to unite for the cause of giving life!

Don’t miss your chance to unite for life by inviting someone to give blood with you.

Because two donors are better than one.